a selection of pasta and noodle jokes

when i lived in san francisco years ago my friends and i would make a fortnightly-or-thereabouts pilgrimage to the inner sunset where we’d eat hand-pulled noodles at a spot called king of noodle (singular). they served more than one noodle at a time, thankfully.

to commemorate one of these trips, i spent some time curating pasta and noodle jokes and making up some of my own. these are four of them.

q: what did the pasta do when it fell off a cliff?
a: it had a farfalle.

q: what did the noodle do when it got drunk?
a: it soba’ed up.

q: which pasta was involved in an awards scandal?
a: the rigatoni.

q:: what instrument did the noodle play?
a: the vermi-cello.

here is how i made a soyrizo and egg breakfast torta of sorts.

1. wield a stick of trader joe’s soyrizo like a pair of nunchucks at a convention for staunch supporters of the toaster lobby. 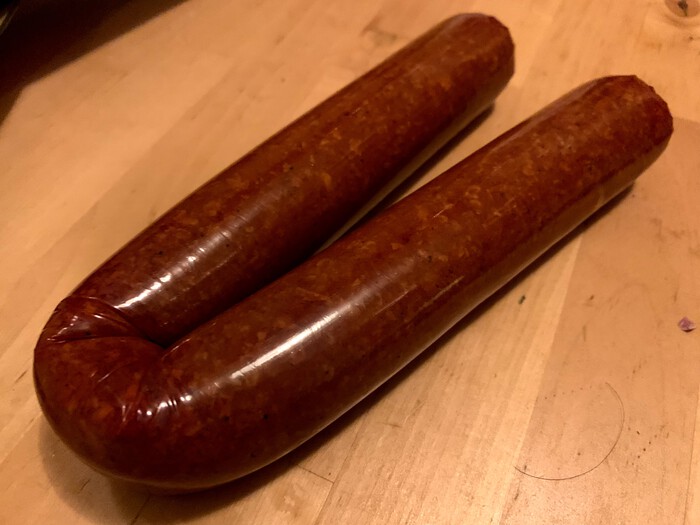 2. toast an english muffin on a pan while beating away toaster lobbyists with a stick of soyrizo.

3. spread some mustard and sprinkle cheese on your english muffin while channeling chuck norris wielding nunchucks made of soy chorizo. 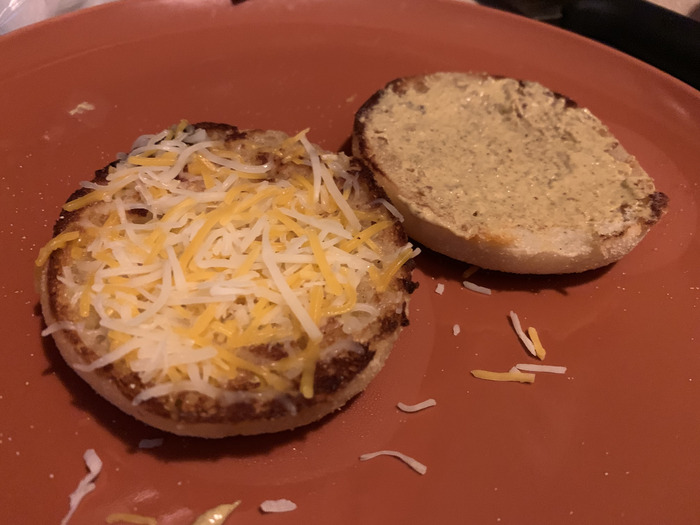 4. spread some refried beans you made this weekend on your english muffin while you launch soyrizo out of a nerf gun at a group of hostile toaster lobbyists. 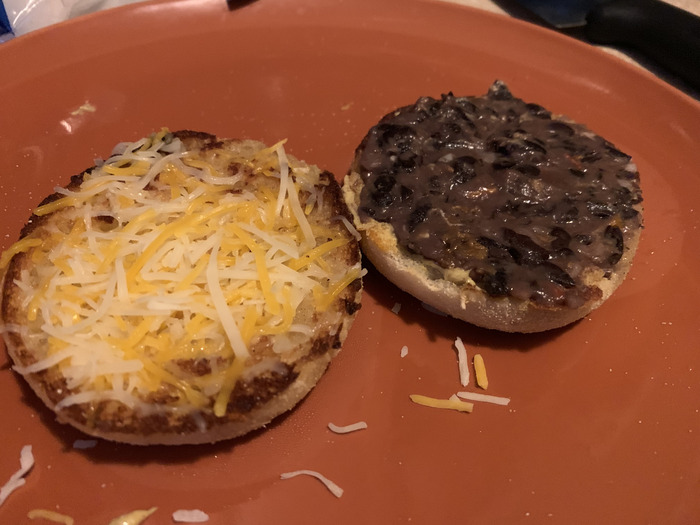 5. find a quiet place to scramble eggs with some soyrizo and stick it on your sandwich. 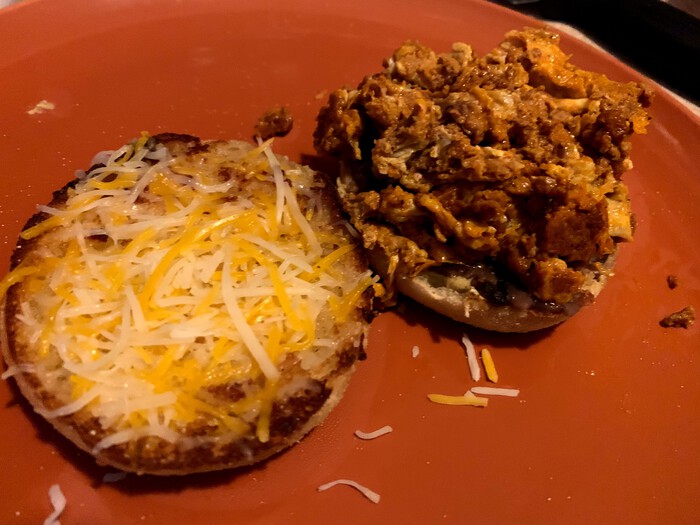 6. a soyrizo and egg breakfast torta of sorts. 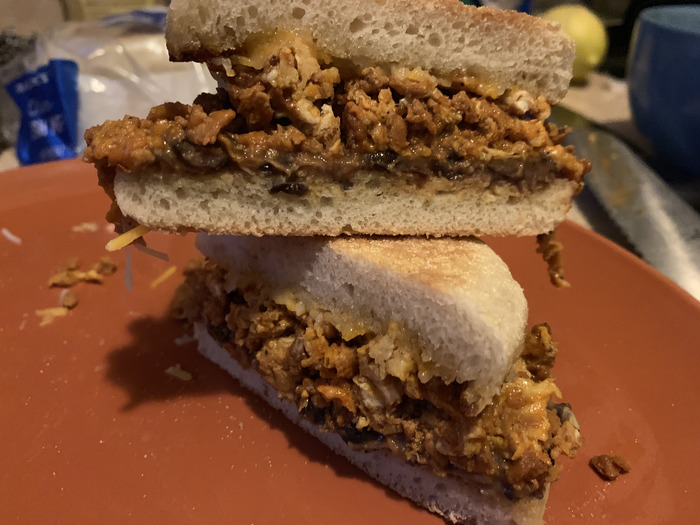